History of the Village

A Journey through time

Down the centuries Churchill has had several names, such as Cercelle, Churchell. Cherchell and finally, by 1537, Churchill. This may be derived from the Old English ‘cyrc’, which means a hill, burial ground or barrow. There are several barrows within the village, which would indicate a settlement from pre-historic times. On the other hand, Churchill may be simply ‘Cyrc-hill’, literally ‘Hill-hill’, part Celtic and part Anglo-Saxon.

The village was mentioned in the Domesday Book of 1085, where it is recorded that it had two mills, twenty four villeins (tenant peasant farmers tied to the land) and fourteen families.

The derivation of the name Sarsden is more straightforward, probably being Sar’s Dene or the valley belonging to Sar, a common Anglo-Saxon name.

The original village of Churchill was largely abandoned at the end of the seventeenth century following a disastrous fire on 30th July 1684, allegedly caused by a baker trying to avoid the chimney tax! Twenty houses were destroyed and four people died. Only the graveyard and the chancel of the old church – now the Heritage Centre – together with uneven ground in the adjacent field, indicate its whereabouts. The villagers moved up the hill to the present site and sensibly built in stone rather than timber.

For further information on village history, visit the Heritage Centre or obtain a copy of ‘The History of Churchill and Sarsden’ by Ralph Mann, obtainable from: 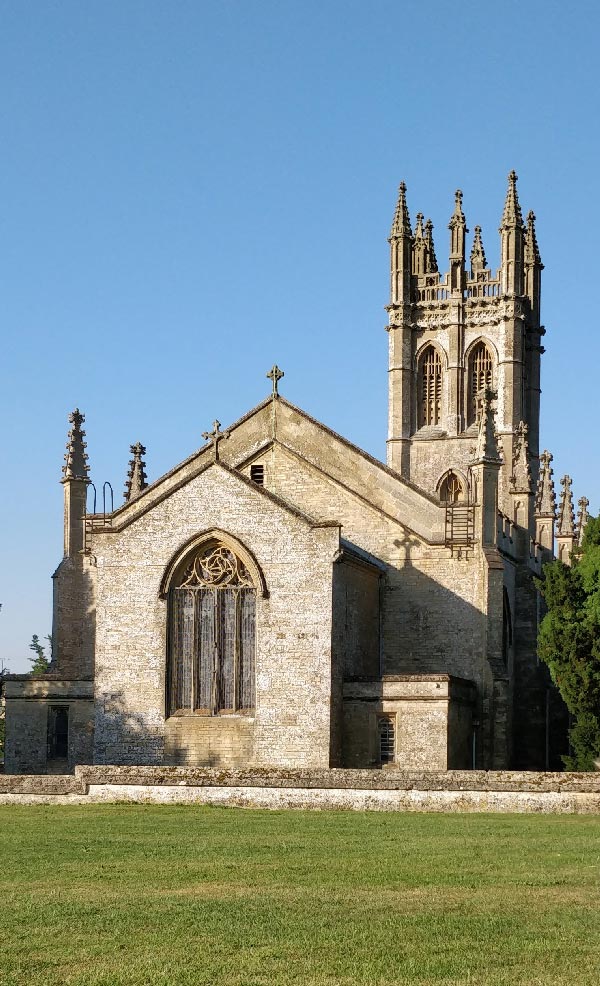