To Sarsden Halt & Beyond

Once upon a time Churchill had its own station at the bottom of Hastings Hill. It was called Sarsden Halt probably to satisfy James Haughton Langton, a promoter of the railway, who lived in Sarsden House more than two miles away. Another reason may have been that there were several Churchills in the country so passengers could be confused! Initially it was just a siding for goods traffic but a single platform passenger halt was opened in 1906. The crossing keeper’s house was completed in 1930.

Built in stages, the line became the Banbury and Cheltenham Direct Railway which ran from King’s Sutton, south of Banbury, to Cheltenham. It also ran through Hook Norton, just eight miles from Churchill, where it connected with the local ironstone works, an important local industry in those days. It was acquired by the Great Western Railway in 1897 and nationalised fifty years later.

While dealing mostly with local freight and passenger traffic it was also a stopping point (providing a prior request had been made) for the Ports-to-Ports express that ran from Newcastle upon Tyne to South Wales. So Churchill was a destination on an early intercity express!

Churchill Mill, next to the station, made particularly good use of the railway, as did Kingham Hill school. Sadly the Beeching axe finally fell on the line in 1964 but its course is easily traceable on the ground, on a map and on Google Earth. Many bridges, cuttings and embankments still exist but of the viaducts at Hook Norton only the stone pillars remain.

As well as Churchill and Chipping Norton the line linked stations at a number of Oxfordshire and Gloucestershire villages, including Adderbury, Bloxham, Stow on the Wold and Bourton on the Water. It also connected with the main Worcester to London line at Kingham, which then had four platforms instead of the present two. The derelict remains of the other two platforms are still visible from platform 2.

It would probably have been a popular tourist and transport link today, had it survived! 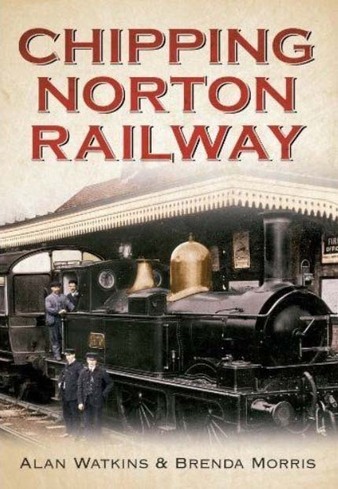